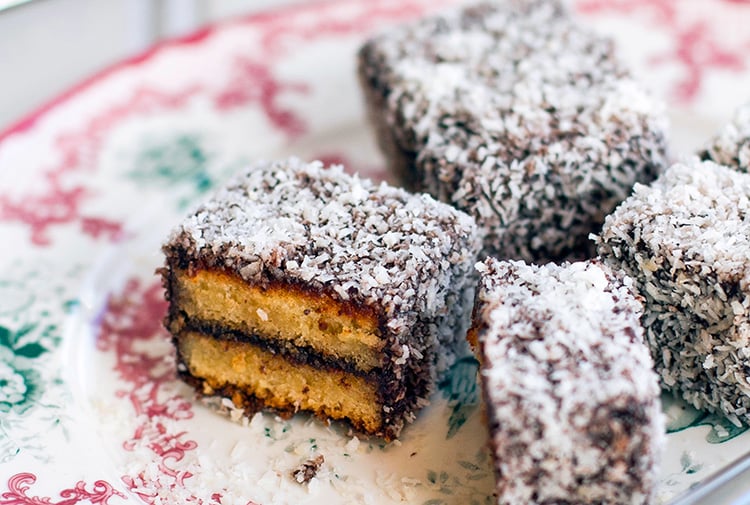 With Australia Day approaching, I wanted to try and make a paleo version of lamingtons. For my international readers, lamington is an iconic Australian dessert: squares of sponge cake dipped in chocolate icing and desiccated coconut. It’s not very complicated and that’s how we Aussies like it…especially on Australia Day.

My version of this treat uses a homemade baked sponge cake made with grain-free flours, coconut oil instead of butter and rice malt syrup instead of sugar. A few of my paleo loving buddies came over to try some and the verdict was, and I quote, ‘it looks like a lamington, smells like a lamington, definitely tastes like a lamington but it’s more moist and dense, not as fluffy, but it’s really good’.

The texture of these paleo lamingtons is slightly different to what you’re might be used to. For starters, the sponge layer is thinner as I used a larger surface baking tray and therefore the mixture didn’t come up as high as you get with a smaller tray. I therefore decided to build a two-level lamington, with chocolate icing in between. You can use a smaller tray, bake a taller sponge cake and make a single-layer lamington instead. Either way, the texture will be spongy but a little more moist and dense because of the almond meal. You can try experimenting with a ratio of tapioca to almond meal, as I suspect the fluffiness will change with more tapioca. I actually quite like my texture as I normally find regular lamingtons a little dry.

I used Pureharvest rice malt syrup as a sweetener – it contains virtually no fructose and is comprised of maltrose and glucose, which provide a steady supply of energy. It’s recommended by David Gillespie, the author of Sweet Poison, and the guys at the Perfect Health Diet. I like it for its neutral flavour. Feel free to use honey or maple syrup. If you use green leaf stevia, that will also work. YOUR CHOICE!

This whole recipe contains around 160 grams of carbohydrates (from starch and sugars) and around 55 grams of sugar (mostly from the syrup). You will get about 16 rectangular lamingtons, so that’s about 10 grams of carbs and 3.5 grams of sugar per single lamington. Knowing that, you can decide how many pieces you should really be consuming. I’m going with two 😉 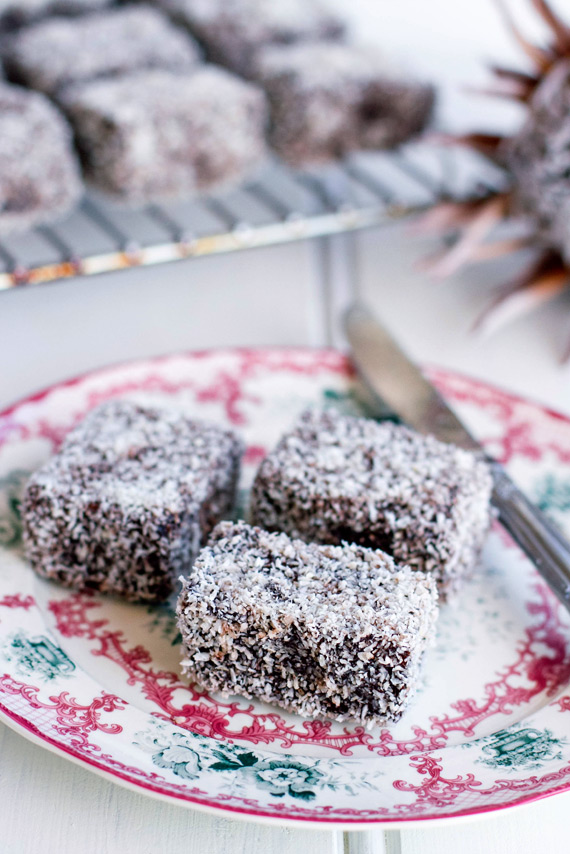 For the sponge cake

For the chocolate & coconut icing 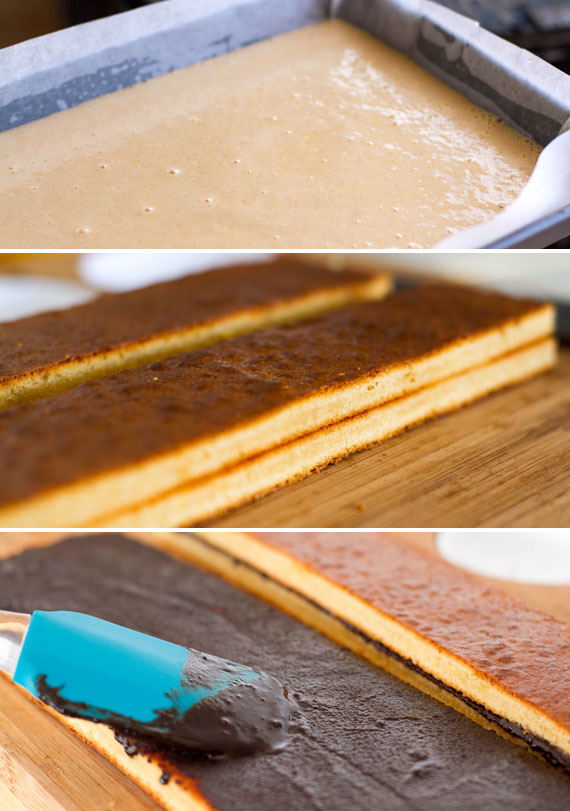 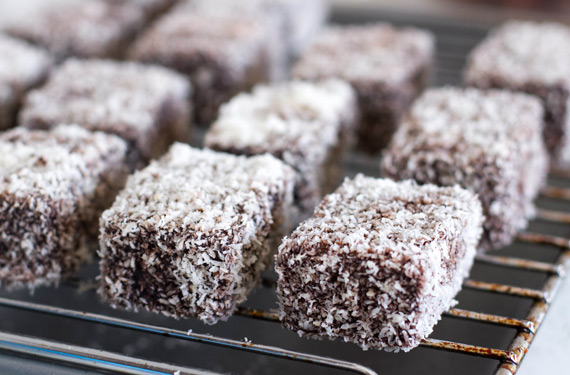