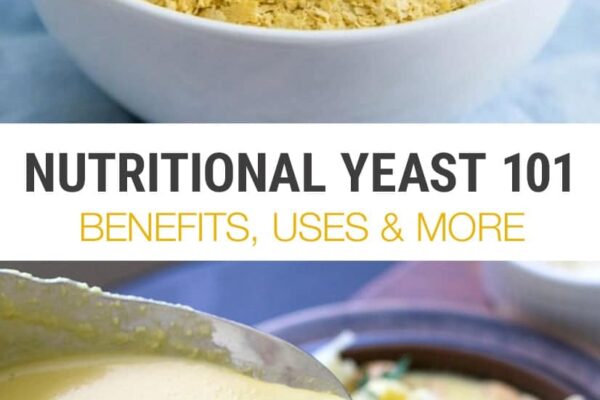 What Is Nutritional Yeast?

Don’t be put off by its appearance (or name). While it may closely resemble fish food, nutritional yeast is actually quite tasty and healthful. If you’ve heard of it before, you’ve likely heard of it as a vegan cheese alternative. It’s not just for plant-based diets though. Us paleo eaters also avoid dairy most of the time, so nutritional yeast has its place in nearly every diet.

Nutritional yeast – sometimes called savoury yeast flakes if you live in Australia – is indeed yeast, however, it’s inactive. This makes it great for raw consumption. It’s actually a fairly potent food source of vitamin B12 (in addition to other B-complex vitamins) which is rare to find in plant foods. It definitely could be considered a superfood.

It’s a condiment of sorts. You can sprinkle it on salads, veggies, meats, nuts, seeds or whatever else your heart desires. It can also be used blended into creamy sauces, lending its robust and distinct cheesy flavour.

The Benefits Of Nutritional Yeast

Let’s dive into the nutrition facts of nutritional yeast and talk more about some of the benefits.

How To Use Nutritional Yeast

Nutritional yeast is incredibly versatile and pairs with as many foods as the cheese itself does. In fact, it can be used in place of salt as well. Here are some ideas.

Where To Find Nutritional Yeast

Nutritional yeast can now be found at most stores. It’s often mixed in with spices or condiments and found in a clear, plastic bottle or in a bag. You may also find it with baking supplies and flours. At natural food stores, co-ops and select other stores, you will be able to find it in the bulk section which is the most economical buy. You can also find many brands of nutritional yeast online on Amazon.

Nutritional yeast is indeed paleo-friendly and Whole30 and can be used in so many ways. Have you tried it yourself? Let me know your favourite ways to use it in the comments below.